Visit the old Lighthouse and enjoy the spectacular landscape!

Grasøya belonged to the local farms Ytreflø, Midtflø and Indreflø, who have grazed the island with their sheep and and sold grass to other farmers. In older writings we can read that farmer Jetmund Saunes in 1620 paid a grass lease with 1 pound of fish.

The lighthouse guides the way through the Breisundet sound to the town of Ålesund and the fjords beyond. The lighthouse on Grasøya was built because the distance between Runde lighthouse and Hogstein lighthouse on Godøya was too far, and because of the dangerous reefs Vallabodane and Golla on the outskirts of the island.

From 1986, the lighthouse was no longer manned.It became the first lighthouse in the country to get power from a solar cell panel.In addition to the lighthouse there is a residential building - lighthouse keepers house, machine house,an outhouse and a boathouse. A pier was built to ease access to Grasøya.

The lighthouse is located within the area of the Runde Nature Reserve and is protected by the Nature Conservation Act. It has previously not been allowed to go ashore during the period of protection (15 April to 15 August). The bird life on the island was well taken care of by the lighthouse keepers.The lighthouse also has historical value with two generations of lighthouses and is therefore also protected according to the Cultural Heritage Act.

Flø Feriesenter has now received permission from the County Governor of Møre og Romsdal to go ashore during part of the protection period, from July 1st to August 15th.

All tours are guided.Max 12 persons per trip.
time including boat ride 2,5 to 3 hours.
Boat ride from Flø 10 min.
From Ulsteinvik 20 min.
Trips may be cancelled due to bad weather.
Time of day will vary according to tide tables.
Passengers must be normally fit, but the trip is not very physically demanding.
Life jackets are included.
Passengers must have appropriate clothing. 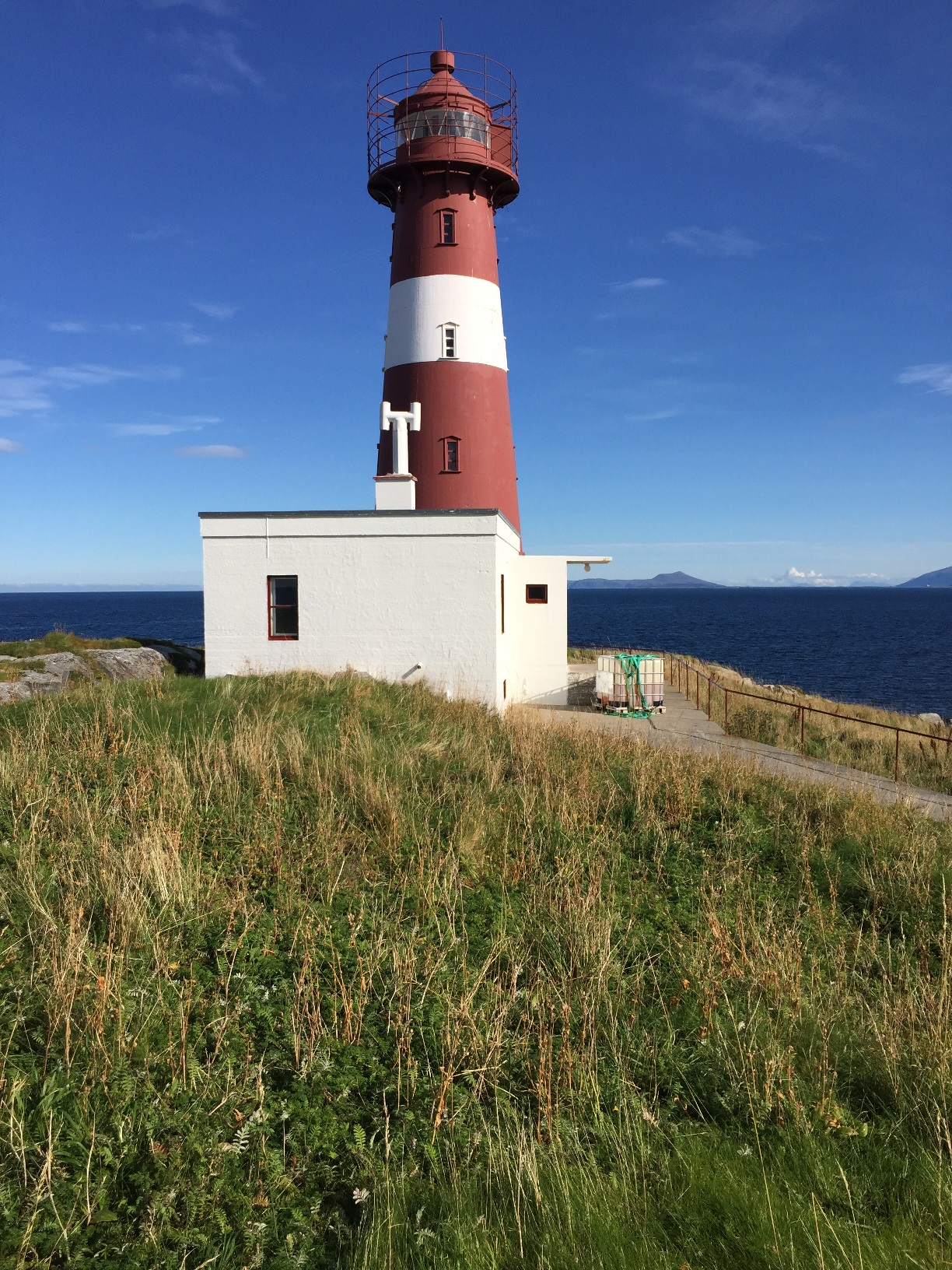 The lighthouse guides the way through the Breisundet sound to the town of Ålesund and the fjords beyond.